Running out of application memory mavericks

Oct 26, 5: Oct 27, 5: I have exactly the same problem after upgrading to Mavericks. The memory pressure will start to become red even if I just put my MacBook Pro on the desk without opening any application. Oct 23, 7: Oct 25, 8: Page content loaded. In my case the problem is that "devicemgrd" Profile Manager is draining my CPU and Memory and that is causing what is described in this post.

Issue resolved for me, but I believe not many people will be able to remove Server. Oct 26, I have just noticed in Activity Monitor that the Dashboard process stopped responding and the amount of memory allocated to it was continuosly increasing. I killed the process but the amount of available memory keeps reducing. I have to reboot my iMac once again. Oct 27, 3: I installed Mavericks was happily running Mountain Lion and now the system starts reporting that it's run out of Application Memory.

I'm still trying to track down where it's getting used up, but it's a definite problem with Mavericks Not saying that this will fix anything but have you repaired permissions after the upgrade? Sometimes things get messed up after install over and older operating system. A clean install might fix your issues.

But same thing happens even if I do the clean install with the backup data transfer from time machine. Oct 27, 4: Everytime when I reboot, it'll stay fast for about ten minutes and then becomes slow again and out of memory. The indexing is over so I'm sure it's not because of indexing. Try not loading Teamviewer and splashtop stream and see if that solves the issue. Also do you have the latest version of dropbox?

Browse Search. Ask a question. User profile for user: Your System has Run out of Application memory I upgraded to Mavericks from Mountain Lion, and I have been getting the error message " Your System has Run out of Application memory ", and I am forced to restart the computer to be able to keep working. I have an iMac inch, Late with a 3. I had seven five-minute rough cuts exporting to my Google Drive folder. I had all my other applications closed, even stuff in the tool bar that I wasn't using.

I had this happen to me last week and discovered it was because I was using LUT utility and had an older version that had a bad memory leak since been fixed. I was going mad trying to figure it out, but updating the utility solved all the problems for me. Is there any chance you have added pictures or graphics in CMYK format?

I believe that has sometimes caused this error. I would also use Font Book to verify all fonts. I had this exact issue on a brand new rMBP and was totally pulling my hair out. So that means it was one of my extensions. Then I started the annoying task of putting them back in a few at a time until the problem resurfaced.

When doing this, I also had Activity Monitor open and watched the memory readouts. I usually didn't even have to wait for the entire system to freeze before I could tell it was going to. Every time it would go fine to a certain percentage complete and then immediately start grabbing more and more memory. For me, the offending plugin ended up being mVintage. Which is strange because I have it installed on another machine as well and it exports the same Project with no problems. I uninstalled the plugin, reinstalled, repaired permissions in-between, reset PRAM, sacrificed a goat, nothing seems to fix it.

I also followed up with MotionVFX support but they weren't able to figure it out either. I'm hesitant to throw it completely under the bus because as I said it works flawlessly on my other system, but at least on this computer it's definitely mVintage causing the problem. Perhaps it's relying on a system resource somewhere and that's what's corrupted? I just don't know.

I'm actually about to take the plunge to Yosemite like within the hour and I'm going to take the opportunity to zero out my drive while doing so, here's to hoping that solves the issue. In any case, I'd try the diagnostic steps I mentioned above. It's slow and annoying but may help narrow down the issue if it's plugin related.


Hey Bill, This is an old thread, a lot has changed since then. Did you update all your FCP X plugins to the latest versions? Are you using any oversized stills on your timeline? Since updating to Never did figure out why it happened though. Ronny, Yosemite and everything is completely updated. No oversized stills. Installed Coremelt and one other plugin. Solution, uninstalled Coremelt and everything works beautifully. This all just happened - interim message typing xaxaxaxaxa.

Happy to hear you have figured this out. Roger has updated the Coremelt plugins specifically for Install the latest versions and I'm pretty sure all your issues will be solved. I agree, Roger, is amazing and on top of his game. I love Coremelt.

But as I said in my previous post "everything is completely updated" Thanks for the feedback. Ill give you some positive Karma. Ah, I see. 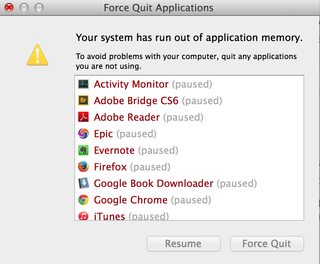 I would be interested to get to the bottom of this. When your project is exported, could you delete your FCP X preferences and then install Coremelt again to see if you still have any memory issues? That would be very helpful. Ronny, my man! I installed core melt on a freshly fully formatted hard drive, freshly downloaded and updated Yosemite and FCPX, I didn't touch the preferences, all I did was immediately share.


So your experiment has already been performed. My bad, I forgot you started with a formatted drive. Which products from Coremelt did you install?